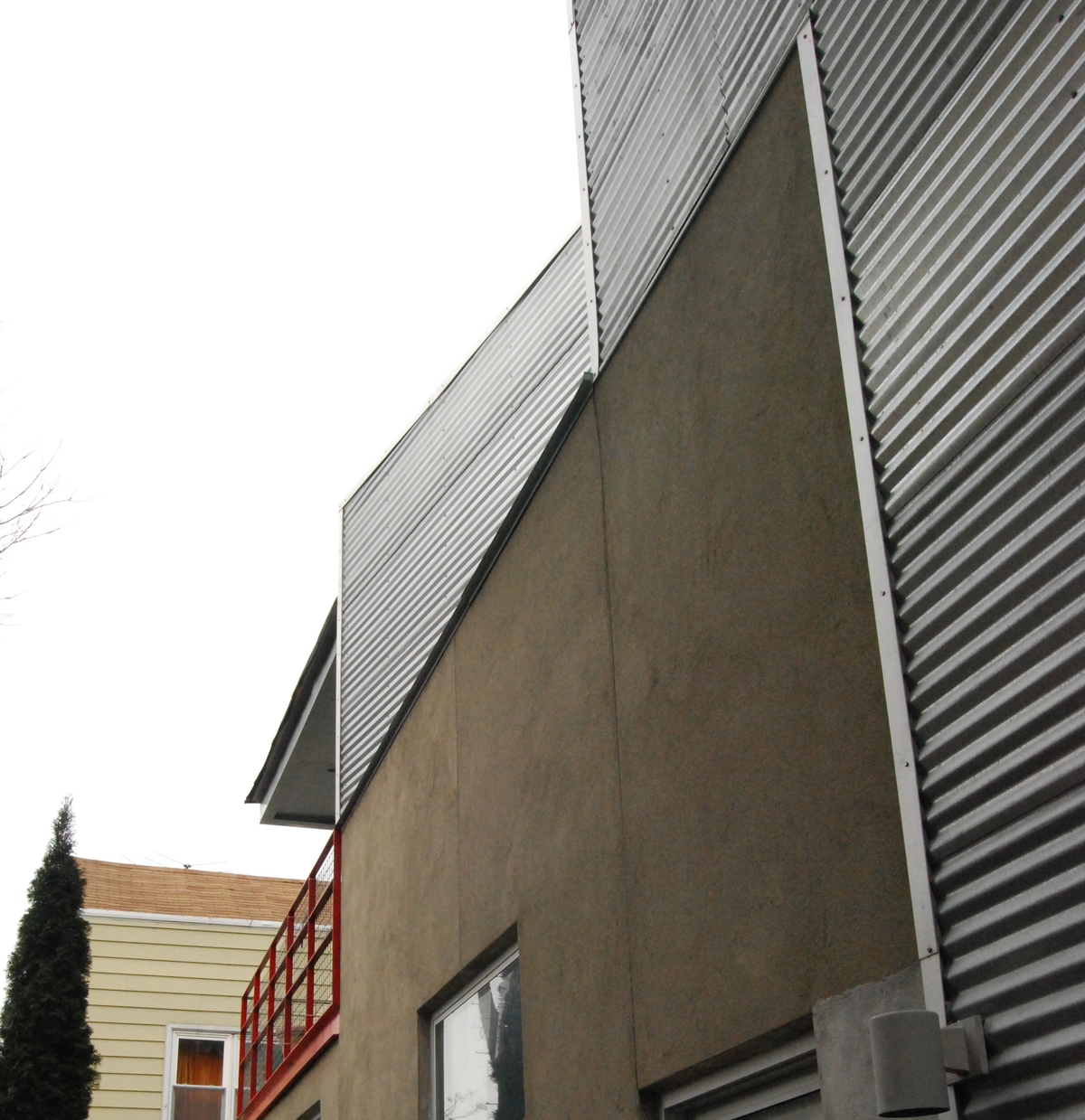 
Two buildings occupied the long site, a small two story house at the western end, away from the street and long one story garage like building fronting on the street.  The rear house remains as is and the front building is remade as a two story artist’s studio and residence. The adjacent sites are mostly residential with open backyards except to the north where the ground floor and courtyard are occupied by a very noisy club.

The particularly urban condition of Williamsburg, a noisy street and quiet interior provides a measured structure for the house and studio.  The upper level is constructed as a set of long and oblique lines meeting the envelope as  gill-like passages. These lines fluctuate and produce concentrated intermediate zones between inside and outside in  the upper reaches of the skylight, clerestory, terrace and street window.

Buildings in the neighborhood tend to be clad in vinyl siding or to be masonry.  The new building is masonry where the former garage remains and is clad in corrugated aluminum on the upper level.
Loading...